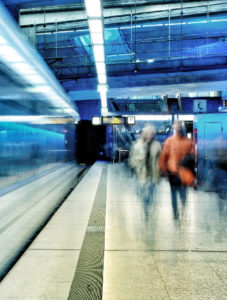 In the Future There Will Be No More Time

Human aspirations are pulled in two contradictory directions. On the one hand we are creatures caught up in the flow of time, who look always to the future for our fulfilment. Yet on the other hand we know (as Wittgenstein observed) that the solution to the riddle of life in space and time must lie outside space and time. Our sense of value and meaning is largely determined by forward motion in time — by making progress or getting better. Yet if we extend that horizon out forever our confidence falters. For what is the point of progress – what really are we trying to achieve — if all that ever awaits us is yet further progress? Thus balking at the infinite, we might think instead that complete and unqualified human satisfaction, if it is to be had at all, must lie in a form of existence wholly outside of time. However, not only is such a condition hard to conceive or to establish but, worse, it seems to render entirely pointless this temporal life that we currently enjoy. For if what we can make of ourselves tomorrow stands no closer to eternal reality than who we are today, or who we once were, what deep motive have we to strive for anything in life?

Scarcely any figures in the history of philosophy have faced up to this contradiction squarely, tending to locate the meaning of life either in endless continuance or in timeless transcendence. One notable exception to this is the British Idealist, John McTaggart Ellis McTaggart. (1866-1925) 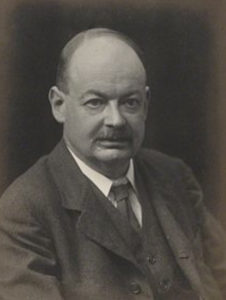 Famously, McTaggart denied the reality of time. His supposed proof of the contradictory nature of time has stimulated whole libraries of discussion among contemporary philosophers. Scarcely known, however, is his own positive theory of how the illusion of temporality stands to the underlying timeless reality that it misrepresents.

If time does not exist then all of our awareness is erroneous — in that respect at least, and very likely in others too. (What, for example, are we to make of space, motion and causation, if time is unreal?) But how are all these errors to be fitted into reality? For misperceptions themselves certainly exist, even if the things which they misrepresent do not. If in ultimate reality we exist timelessly, and know ourselves to exist timelessly, how can all these mistaken views of ourselves as existing temporally find a home within that accurate vision? How can errors be added together to constitute truth?

McTaggart suggests that the answer to this puzzle is to suppose that all of our errors together form what he calls an ‘inclusion series,’ whereby one is contained within another – like a set of Russian dolls.

His own example is a helpful one. A ruler may be divided into twelve equal and distinct one inch segments, or else it might be divided into twelve unequal and overlapping segments of increasing length: one inch, two inches, three inches, and so on, up to twelve inches. While we might accurately think of the ruler as ‘made up’ of the twelve equal segments, we would go badly wrong were we to try to do the same by adding together the twelve unequal segments, even though each one is indeed a proper part of the whole, which has no further parts missed out or unaccounted for. In the same way, errors may not be summed to produce truth. However, arranged so as to include each other, the final term that includes them all may yet be a wholly true term. I would be mistaken if I said it was a one inch ruler, a two inch ruler, or a three inch ruler… right up until I said that it was a twelve inch ruler, and in the same way, thinks McTaggart, the terminal point of such an inclusive series of misperception will be itself a state of clear and accurate perception.

Now the most significant thing about this scheme is that the final term in the sequence would be a fully adequate perception, and hence free from the illusion of time. It will see the world ‘under the aspect of eternity,’ and thus timelessness would be something that lies in the future. On this way of thinking, says McTaggart, it would be right to regard eternity “as the end of the future.” This might seem crazy – even contradictory – and McTaggart readily admits that “Eternity is not really future.” But, he presses, it is “as future as anything can be. It is as truly future as tomorrow or next year.”

W. J. Mander, Oxford – In the Future There Will Be No More Time