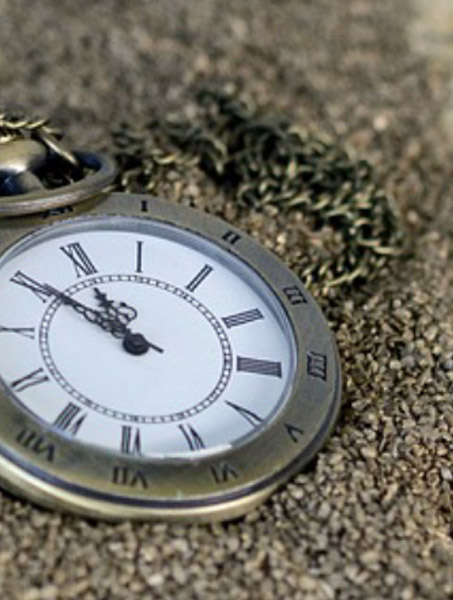 What is the Specious Present?

Imagine sitting in the stands at a football match. As you look towards the pitch, at first you see the defenders passing the ball to one another. Then you see a long ball into the opposition’s eighteen-yard box, several players from each teams jostling to make clean contact with the ball, and one striker moving quickly enough to get to the ball first. The striker flicks it past the goalkeeper and into the back of the net.

Using this case, I will discuss how we perceive time. Let’s consider two aspects of the case that are revealed when we focus narrowly on the link between time and your experience.

In the late nineteenth and early twentieth century, the American born William James became a prominent figure in philosophy and psychology. James’ The Principles of Psychology earned him widespread recognition and it was within this twelve hundred page work, split across two volumes, that James popularised the notion of the specious present. He contrasts time as it features in experience with ‘the strict present’. The latter he takes to be the notion of the present which philosophers reflecting on the nature of time appeal to, an instantaneous divide between the past and the future. While philosophers may construe the present this way, James suggested that this was not supported by reflecting on our experience, writing:

“It is, in fact, an altogether ideal abstraction, not only never realized in sense, but probably never even conceived of by those unaccustomed to philosophic meditation. Reflection leads us to the conclusion that it must exist, but that it does exist can never be a fact of our immediate experience. The only fact of our immediate experience is what Mr. E. R. Clay has well called ‘the specious present.’” (James, 1890, p.608-9).

The specious present is then taken to denote time as it is realised in sense, as the interval we confront in our experience.

James comments that “the practically cognized [specious] present is no knife-edge, but a saddle-back, with a certain breadth of its own on which we sit perched… The unit of composition of our perception of time is a duration…” (ibid.). Since James, it has been often assumed that the specious present is that interval of some positive extent that an experiencing subject is presented with in perceptual experience. It has also often been assumed that the extent of this interval plays a role in accounting for the cases of movement we can and cannot experience.

We can experience some motion, such as the football players moving, but there are also cases of motion we cannot perceive. Some things move too slowly for us to experience them moving (though we might, after a while, notice that they have moved). Consider the hour-hand of a clock, clouds on a calm day, or the shadow cast by a building on a sunny day. We don’t see the hour hand or the shadows moving, yet we see they have when we look again a little while later). As motion only occurs over an interval (as there is no motion at an instant), then on the assumption that we can perceive motion, we must experience some interval. That interval is supposed to be the specious present. The interval we are invariantly presented with in experience is taken to be the interval something in our environment must move a discriminable distance over in order for us to experience it as moving. If something doesn’t move a discriminable distance over this interval, such as the hour-hand, the cloud, or the shadow, then it will not be experienced as moving.

I wonder if the specious present actually involves two phenomena that should be pulled apart. It might be that there is one phenomenon relating to our experience of motion, and another relating to ongoing experience embracing an interval of some limited extent. Although it is often assumed that the specious present fulfils these two explanatory roles, there may be two different intervals being appealed to. There is a question concerning the cases of motion in our environment which are perceptible or imperceptible, the answer to which is found on the level of temporal limits in perceptual processing. There is plausibly an evolutionary story to tell about why motion is one of many phenomena which, under favourable conditions, we can perceive in our environment. However, there are natural limits on what we can and cannot perceive in our environment; there are cases of motion which we can perceive and slower cases which we cannot.

Aside from the question of which cases of motion we can and cannot perceive, there is a general question of how our experience seems to us. When you reflect on your experience of the football match, you may come to recognise that though you experienced the whole match, when you were aware of the ball in the back of the net you were no longer aware of the ball being passed between the defenders, which occurred earlier. There is an interval we seem to be presented with in ongoing experience, and this need not be the same temporal extent as the perceptual processes which account for the cases of motion that we perceive.

Jack Shardlow – What is the Specious Present?
MENU