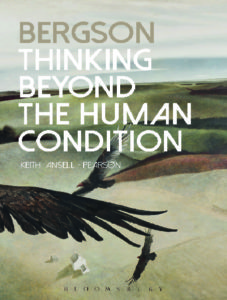 Bergson on the Time of Memory

Memory is central to our lives:  as we record its events we remember friends, family, and travels. In 1896, French philosopher Henri Bergson published a remarkable text on memory, titled Matter and Memory.  His approach to memory is highly innovative.  He was one of the first thinkers to show the importance of paying attention to different types of memory and he sought to provide a sustained demonstration of why memory cannot be regarded as merely a diluted or weakened form of perception.

Bergson insists that a special meaning be given to the word ‘memory’. For him memory involves the co-existence of past and present and also the anticipation of the future. We don’t just live in the isolated present. This goes against the prevailing conception which conceives memory as a faculty of repetition or reproduction, in which the past is repeated or reproduced in the present and is opposed to invention and creation. For Bergson, memory is linked to creative duration.  As Bergson notes, if matter does not remember the past since it repeats it constantly and is subject to a law of necessity, a being that evolves creates something new at every moment.

For Bergson it is necessary to dispel a number of illusions that shape and govern our thinking about memory, a key one being that memory only comes into existence once an actual perception has taken place.  This illusion is generated by the requirements of perception itself, which is always focused on the needs of a present.  While the mind or consciousness is attending to things it has no need of pure memory, that it holds to be useless.  Moreover, although each new perception requires the powers afforded by memory, a reanimated memory appears to us as the effect of perception.  This leads us to suppose that the difference between perception and memory is simply one of intensity or degree, in which the remembrance of a perception is held to be nothing other than the same perception in a weakened state. This results in the illegitimate inference that the remembrance of a perception cannot be created while the perception itself is being created or be developed at the same time.

It is by recognizing the virtual character of pure memory that we can perhaps better appreciate that the difference between perception and memory is one of kind and not merely degree.  Memory is made up of memory-images but the recollection of an image is not itself an image (it is closer to a concentrated act of intellectual effort).  Bergson insists that ‘To picture is not to remember‘ (Imaginer n’est pas se souvenir).  As a recollection becomes actual it comes to live in an image, ‘but the converse is not true, and the image, pure and simple, will not be referred to the past unless, indeed, it was in the past that I sought it…’

Bergson’s claim is that at every moment of our lives we are presented with two aspects, even though the virtual aspect may be imperceptible owing to the very nature of the operations of perception. It is because the past does not simply follow the present but coexists with it that we can develop an explanation of paramnesia or the illusion of déjà-vu, in which there is a recollection of the present contemporaneous with the present itself.  The illusion is generated from thinking that we are actually undergoing an experience we have already lived through when in fact what is taking place is the perception of the duplication we do not normally perceive, namely, of time into the two aspects of actual and virtual.  There is a memory of the present in the actual moment itself.  I cannot actually predict what is going to happen but I feel as if I can:  what I foresee is that I am going to have known it – I experience a ‘recognition to come’. I gain insight into the formation of a memory of the present  (if we could stall the movement of time into the future, this experience would be much more common for us; we can note that current empirical research on the phenomenon of déjà-vu focuses on the regions of the brain involved in producing it and explains it in terms of gaps in our attentive system).

The illusion that memory comes after perception arises from the nature of practical consciousness, namely, the fact that it is only the forward-springing jet that interests it.  Memory becomes superfluous and without actual interest:   ‘In a general way, or by right, the past only reappears to consciousness in the measure in which it can aid us to understand the present and to foresee the future.  It is the forerunner of action’.  Because consciousness is bound up with an attentiveness to life, to action, it ‘only admits, legally’ those recollections which provide assistance to the present action. This explains Bergson’s interest in the anomalies (illegalities) of the life of ésprit, such as deliriums, dreams, hallucinations, etc., which, Bergson insists, are positive facts that consist in the presence, and not in the mere absence, of something:  ‘They seem to introduce into the mind certain new ways of feeling and thinking’.

Bergson’s text is significant for a number of reasons, including its attempts to demonstrate the reality of the past, to provide a genuinely dynamical model of memory’s operations, to show the virtual character of (pure) memory, and, finally, its advancement of the argument that memory is not simply the mechanical reproduction of the past but sense. Without memory life is, quite literally, devoid of meaning.  Matter and Memory is a text we are still catching up with.

Keith Ansell-Pearson – Bergson on the Time of Memory